As a child of the ’80s, I don’t think there was anything cooler than Transformers, MASK and few of the other TV series featuring some kind of robots. My problem, and I guess I wasn’t the only one, back then was access to robot kits. Yes, we had some building kits — of both plastic and metal with cogwheels, axles and rubber bands — but it didn’t quite get our creations to behave the way we hoped or imagined.

We at Trondheim Makers, an organization in Trondheim, Norway who works with the local Maker scene and Maker Faire Trondheim in August, have a little project that we are set to release — the super cheap and simple foam board Robot Kit.

Simply stated, it is a cheap, easy-to-build robot and easy-to-hack kit based on a four-legged, two-servo walking robot found in many variations on the Internet. 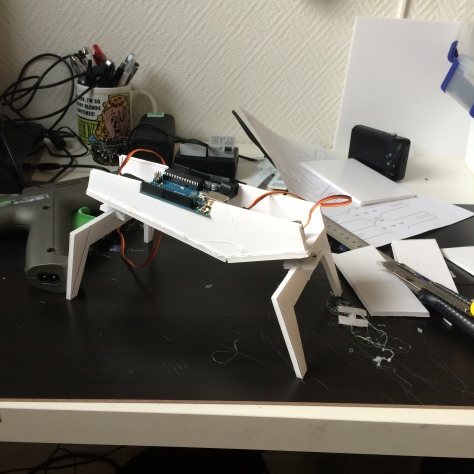 Given that our goal is to devise a simple…