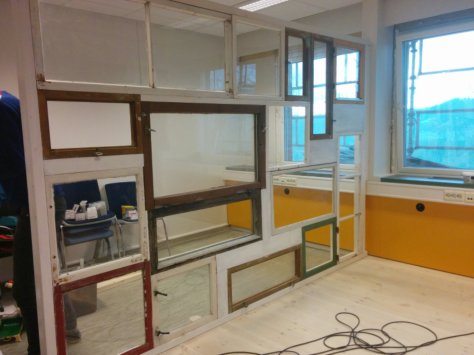 This morning while I was walking Nino, I remembered a sentence my father used to say all the time “Se le pareti fossero di vetro …”. It means “if the walls were made of glass …”. He meant, that if the walls were made of glass, we could see how many problems each family has and we would be less jealous of each other and less preoccupied of our own problems. My father was a lawyer, one of the first lawyers in Italy who was working with divorce matters, the state divorce (which was allowed from in 1974). So he knew a lot about what was happening inside the walls, which were not of glass.

My father would have criticized my glass wall. But I try to do what I want. My father did not speak to me for three months when I decided to study computer science instead of law.

This was a little story about a fragment of my life.

3 thoughts on “The open office in progress Love IT”